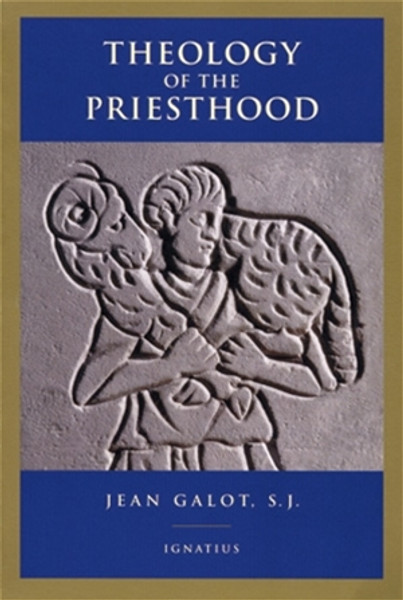 Since the end of Vatican II, in 1965, more active involvement of the laity has led many people to wonder about the priestಙs place in the Church.

Theology of the Priesthood carefully examines the priestಙs role as minister of sacrifice and the sacraments, prophet of the Word, and leader of the Church. These and other aspects are summed up, according to Galot, in the priestಙs ministry as shepherd. This ministery is itself a sharing in Jesusಙ role as Shepherd:

ಜThe priest does not draw the inspiration for his pastoral zeal from his own feelings, from his own personal resolve to create a better worldಝ, Fr. Galot writes. ಜHe is shepherd on the strength of Godಙs pastoral intention and represents specifically Christ the shepherd. Consequently, he is called upon to fulfill his pastoral mission not according to ideas of his own and his own personal ambitions, but in keeping with Godಙs own dispensation and the design of salvation devised by the Father and carried out by Christ. Like Jesus himself, the priest is at the service of the Father.ಝ

The book also explores the spiritual life of priests, including the role of celibacy. It concludes with a discussion demonstrating that the male character of the ministerial priesthood is based on the will of Jesus and is not contrary to womenಙs dignity on their role in the Church.

Theology of the Priesthood, 2nd Edition