Reflections on Liturgy and Language 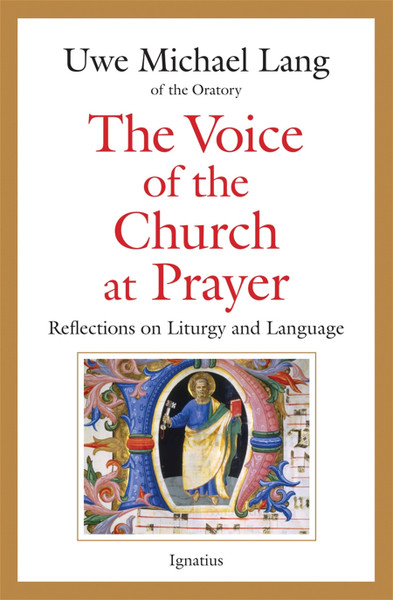 Pope Benedict XVI has made the liturgy a central theme of his pontificate, and he has paid special attention to the vitally important role of language in prayer. This historical and theological study of the changing role of Latin in the Roman Catholic Church sheds light on some of the Holy Father's concerns and some of his recent decisions about the liturgy.

The Fathers of the Second Vatican Council allowed for extended use of the vernacular at Mass, but they maintained that Latin deserved pride of place in the Roman Rite. The outcome, however, was that modern translations of the prayers of the Mass replaced the Latin prayers.

What was the reason for the Council's decision and why is there now a desire for greater use of Latin in Catholic worship? Why have some post-conciliar English translations of the prayers of the Mass been replaced?

Fr. Lang answers these questions by first analyzing the nature of sacred language. He then traces the beginnings of Christian prayer to the Scriptures and the Greek spoken at the time of the apostles. Next he recounts the slow and gradual development of Latin into the sacred language of the Western Church and its continuing use throughout the Middle Ages. Finally, he addresses the rise of modern languages and the ongoing question of whether the participation of the laity at Mass is either helped or hindered by the use of Latin.

"The place of language in the liturgy is a much discussed topic today, both in scholarship and in pastoral practice. A welcome contribution to this debate, this important book presents the key issues within a wide historical and theological perspective. By doing so, Fr Lang is able to explain the reasons that motivated the current revision of vernacular translations produced in the immediate aftermath of the Second Vatican Council as well as the factors that drive the broad movement towards an more extended use of Latin in the Catholic liturgy."
- Archbishop J. Augustine Di Noia, OP, Secretary of the Congregation for Divine Worship and the Discipline of the Sacraments

"We Catholics who have long bemoaned the banality of modern translations of Scripture and of the liturgy have heard, by way of justification, that Jesus spoke and prayed in the same language one would use to buy wine and grain, or chat with a neighbor over the wall; and that Saint Jerome in his Vulgate translation, and those who composed the earliest Christian prayers and hymns, did much the same. We have suspected it was not so, and Michael Lang has now vindicated us.  With admirable scholarship and sensitivity to the wide range of registers, including the sacred, that any vernacular language will possess, Lang shows us how the scriptures established for Christians a language of their own. This is a brilliant work, careful in its argumentation and overwhelming in the wealth of evidence brought forth. Would that we had had it forty years ago!"
- Anthony Esolen, Professor of English at Providence College

Saints of the Church (Digital)