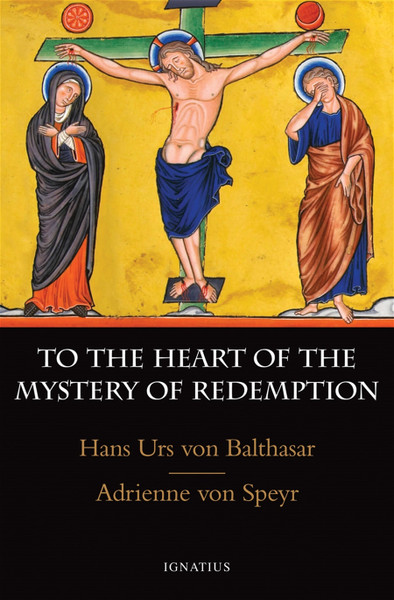 In the 1960's, Fr. Hans Urs von Balthasar gave two conferences in Paris on the subject of redemption. One considered the perspective of Christ the Redeemer. The other gave a view of the redemption from the perspective of Mary and the Church, consenting to the sacrifice of Jesus. These two conferences are what Fr. Jacques Servais, S.J., in his foreword calls "a lantern of the Word", shedding light amidst the advancing turmoil of the postconciliar period.

These conferences were later collected by the eminent theologian Henri Cardinal de Lubac, S.J., in a single volume along with an anthology of meditations on the Passion by the mystic Adrienne von Speyr, and selected by von Balthasar.

In this new edition, prepared for the centenary of the birth of Hans Urs von Balthasar, Fr. Servais, the director of Casa Balthasar in Rome, provides an extensive postscript illuminating the text along with the original preface by de Lubac.

"I had the joy of knowing and associating with this renowned Swiss theologian. I am convinced that his theological reflections preserve their freshness and profound relevance undiminished to this day and that they incite many others to penetrate ever further into the depths of the mystery of the Faith, with such an authoritative guide leading them by the hand."
— Pope Benedict XVI

Mary in the Redemption (Digital)

Mary in the Redemption