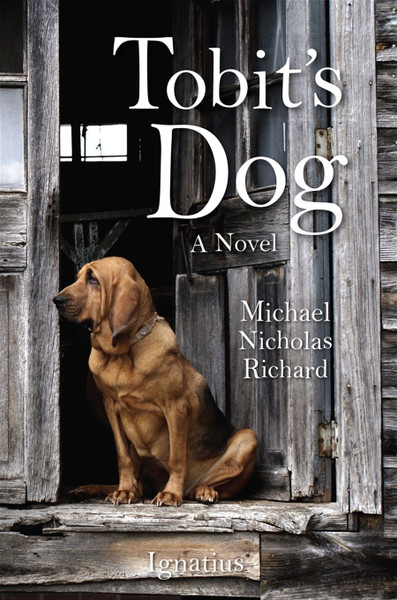 Despite the ever-present oppression of the Jim Crow South around him, Tobit Messager had become a prosperous and well-respected man. Then one day forces beyond his control start a cascade of misfortune that leaves him blind and nearly destitute. It is then that an affable travelling musician, who calls himself Ace Redbone, shows up on his doorstep claiming to be a distant relative.

In an effort to alleviate his family's dire situation, Tobit allows his son, Tobias, to accompany Ace Redbone on a quest to collect a long overdue debt. Together, Ace, Tobias, and a most peculiar dog named Okra set off on a journey that will lead to unexpected consequences. Currents of grace begin rippling through not only Tobit's family but his entire community as hidden crimes are revealed and justice, which had almost been despaired of, is served.

This retelling of the biblical story of Tobit, set in North Carolina during the Depression, brings to life in surprising ways the beloved Old Testament characters, including the important but often overlooked family dog.

"Richard's transparent writing style gives us a charming story and a strong theme, with realistic, convincing characters that we care about, who exhibit genuine love and gentleness in a challenging culture. It's a believable story whose characters we know are real from our own experience, even though they are mostly of another time. This book would make a great movie!"
— Peter Kreeft, Author, Jacob's Ladder: 10 Steps to Truth

Tobit's Dog is a sturdy tale in the journey genre, with hope, love, faithfulness, and spirituality wrapped into it. An ancient story retold and repopulated in a fresh and vibrant manner, it is a praiseworthy contribution to possibly America's most unsung and yet important literary cultures, anchored in the fiction of Walker Percy and Flannery O'Connor."
— James Casper, Author, Everywhere in Chains