You Crown the Year with Your Goodness (Digital)

Sermons Throughout the Liturgical Year 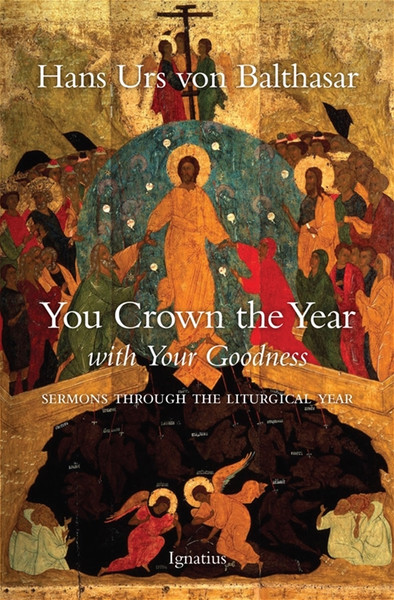 You Crown the Year with Your Goodness (Digital)

You Crown the Year with Your Goodness is a remarkable work, containing timely and timeless homilies for the liturgical year by a profound spiritual writer. Originally broadcast on the radio, the homilies in this volume span decades and represent some of the best of Father Hans Urs von Balthasarಙs preaching. They are arranged to correspond with the Churchಙs liturgical calendar, and include homilies on major feast days of Christ, his Mother, and the liturgical seasons. Each homily makes for insightful, informative, and inspirational spiritual reading, deepening the readerಙs appreciation for the Word of God and helping him to enter into the great Mystery of God. Also included are Father von Balthasarಙs Yearಙs End Examination of Conscience and four talks on Jesus Christ, that address contemporary debates about the Lord. This work is a feast for the heart and the mind presented by a man described by Pope Benedict as ಜa priest who, in obedience and in a hidden life, never sought personal approval, but rather in a true Ignatian spirit always desired the greater glory of Godಝ.

Father Hans Urs von Balthasar (19051988), a Swiss theologian, was one of the most important Catholic thinkers and writers of the twentieth century. His many works address theology, literature, philosophy, and spirituality. Included among his books are his multi-volume works The Glory of the Lord, Theo-Drama, and Theo-Logic, as well as such works as Love Alone is Credible, Prayer, and Heart of the World. Highly regarded by Pope John Paul II, Father von Balthasar was named a cardinal of the Catholic Church but he died shortly before being received into the sacred college.

You Crown the Year with Your Goodness

You Crown the Year with Your Goodness

Designing Your Own Classical Curriculum

Designing Your Own Classical Curriculum (Digital)