The Catholic Intellectual Tradition in the Twentieth Century 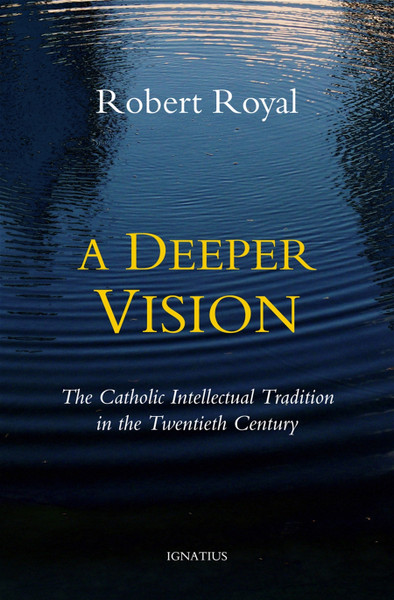 In this wide-ranging and ambitious volume, Robert Royal, a prominent participant for many years in debates about religion and contemporary life, offers a comprehensive and balanced appraisal of the Catholic intellectual tradition in the twentieth century. The Catholic Church values both Faith and Reason, and Catholicism has given rise to extraordinary ideas and whole schools of remarkable thought, not just in the distant past but throughout the troubled decades of the twentieth century.

Royal argues that without rigorous thought, Catholicism – however welcoming and nourishing it might be – would become something like a doctor with a good bedside manner, but who knows little medicine. It has always been the aspiration of the Catholic tradition to unite emotion and intellect, action and contemplation. But unless we know what the tradition has already produced – especially in the work of the great figures of the recent past – we will not be able to answer the challenges that the modern world poses, or even properly recognize the true questions we face.

This is a reflective, non-polemical work that brings together various strands of Catholic thought in the twentieth century. A comprehensive guide to the recent past - and the future.

"There is no better expositor of the Catholic Intellectual Tradition than Robert Royal.  Intimately acquainted with its sources, history, and contours, Royal offers the reader a compelling account of the tradition and the role that it plays, and ought to play, in the Church's encounter with the world. "
— Francis J. Beckwith, Professor of Philosophy & Church-State Studies, Baylor University

"A pivotal book. Royal shows how each generation in the great Catholic intellectual tradition processes down the centuries in millennial long conversations with those preceding them.  This ongoing procession contributes to a vast and complex cathedral of mind and heart, far more enduring than those of stone, wherein human dignity is discovered to be a gift, a finite participation, in the very mystery of the Triune God."
— Fr. Matthew Lamb, Professor of Theology, Ave Maria University

"This masterful book makes clear that the past century, for all its terrible horrors, was also a time of extraordinary Christian fruitfulness.  Royal is a cultural commentator with rare scholarly breadth and balance.  His judgments regarding major 20th century theologians and theological movements should be required reading for all graduate students and seminarians. Royal is even more in his element when he assesses the great Catholic poets, historians, and novelists who graced the past century.  This uplifting book comes as a much needed encouragement in the midst of the deepening storms of our own time.  For if the twentieth century shows that where sin abounds, grace abounds all the more, surely this too will be the ultimate story of our own century. "
— Matthew Levering, Professor of Theology, Mundelein Seminary