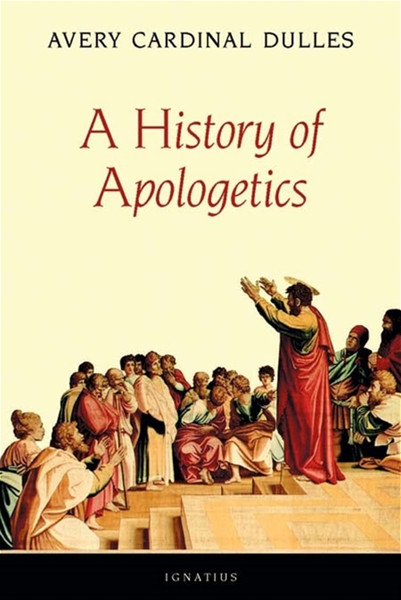 Making the case for the Christian faith—apologetics—has always been part of the Church's mission. Yet Christians sometimes have had different approaches to defending the faith, responding to the needs of their respective times and framing their arguments to address the particular issues of their day.

Cardinal Avery Dulles's A History of Apologetics provides a masterful overview of Christian apologetics, from its beginning in the New Testament through the Middle Ages and on to the present resurgence of apologetics among Catholics and Protestants. Dulles shows how Christian apologists have at times both criticized and drawn from their intellectual surroundings to present the reasonableness of Christian belief.

Written by one of Catholicism's leading American theologians, A History of Apologetics also examines apologetics in the 20th and early 21st centuries including its decline among Catholics following Vatican II and its recent revival, as well as the contributions of contemporary Evangelical Protestant apologists. Dulles also considers the growing Catholic-Protestant convergence in apologetics. No student of apologetics and contemporary theology should be without this superb and masterful work.

"The historical information that Cardinal Dulles gathers and the analysis that he gives of the history of the apologetical method will be invaluable to today's apologists."
Karl Keating, Author, Catholicism and Fundamentalism

"This learned book is an insightful guide through two thousand years of Christians reflecting on the beauty of their faith in Jesus Christ illuminating rather than darkening reason. Cardinal Dulles presents apologetics as a much needed antidote to narrow minded oppositions between faith and reason."
Rev. Matthew L. Lamb,
Ave Maria University

A History of Apologetics (Digital)

A History of Apologetics (Digital)