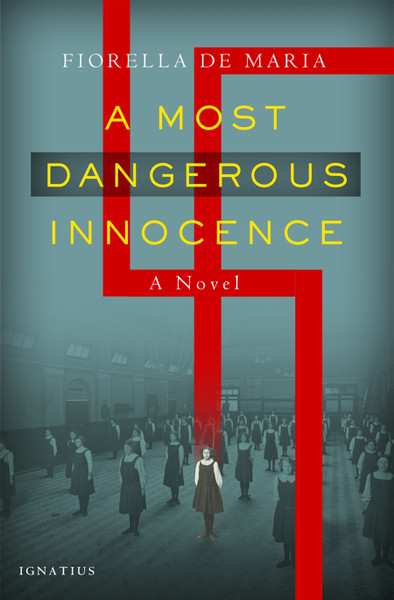 It is 1940, the time of the Phoney War. Britain stands alone with German invaders waiting across the Channel and an anxious population preparing for the bloody battle ahead. In an isolated girls' boarding school, sixteen-year-old Judy Randall watches the coming of war with a mixture of fascination and fear. She is a misfit in an institution that prizes conformity; a Catholic with Jewish heritage at a time when anti-Semitism is still commonplace. Most inconveniently of all, she is autistic, and her behavior is misunderstood as merely eccentric and insolent.

Bored and frustrated by her inability to help the war effort, Judy becomes obsessed with the idea that her hated headmistress is a Nazi, and she goes to increasingly reckless lengths to prove her theory. In the meantime, the adults of the school busy themselves with planning how best to protect the children in their care if occupying forces overrun the country. For teacher John Peterson, who has seen armed conflict before, his own agonizing history forces him to consider what sacrifices he might have to make if the horrors of the war overtake them all.

A Most Dangerous Innocence offers a glimpse into the early days of the Second World War, seen from a sleepy corner of Britain. It is also a meditation on childhood guilt, innocence, loyalty, and the courage to stand alone.

"The Prime of Miss Jean Brodie meets I Capture the Castle—all wrapped up in a spy novel.  Fiorella De Maria writes with eloquence and much heart, touching on serious moral issues. This is a fun book with a dead serious message."
— J. Augustine Wetta, O.S.B., Author, The Eighth Arrow

"With characteristic insight and beautiful prose, Fiorella De Maria intimately explores the deeply wounded world of prejudice and personality, here thrown into sharp relief against the backdrop of national anxiety about invasion, and the real struggles of a young woman whose boarding school is no sanctuary but rather a place of insecurity and dark, threatening secrets."
— Eleanor Nicholson, Author, A Bloody Habit

"Situated in an English boarding school on the brink of a looming German invasion of Britain during World War II, this story is about a student who just doesn't seem to fit anywhere. Readers will find this a gripping tale of the search for identity and understanding in a season of radical fear."
— Michael O'Brien, Author, Father Elijah: An Apocalypse

"Fiorella De Maria is a fine writer of thrillers, particularly good at suspense. A Most Dangerous Innocence makes the most of an increasingly mysterious struggle between characters damaged by traumas suffered long ago. The atmosphere of tension and stress as the difficulties of wartime affect the school is expertly created, and the unfolding story makes a most exciting read."
— Lucy Beckett, Author, A Postcard from the Volcano