The Incarceration and Exoneration of Walter B. Hoye II 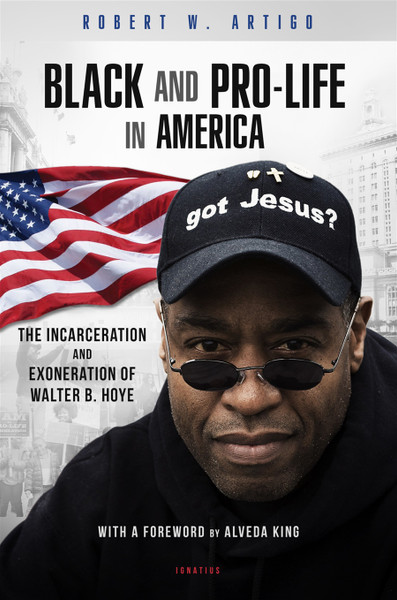 On Friday, March 20, 2009, fifteen months after the City of Oakland, California, passed a law making it illegal to approach a woman entering an abortion clinic without her consent, Walter B. Hoye II went to jail for standing on a public sidewalk outside an abortion clinic with a sign saying, "God loves you and your baby. Let us help you."

The ordained Baptist minister could have accepted a lesser sentence of community service, provided he agreed never to return to the clinic. But he preferred spending thirty days in the county jail to forfeiting his constitutional right to free speech and his Christian duty to offer help to women in need, most of whom were black like him. Two higher courts eventually exonerated him: one overturned his criminal conviction, and the other judged that the enforcement of the Oakland "bubble law" was unconstitutional.

Walter's dramatic days in prison, where he lived and preached the gospel and won the hearts of fellow inmates, are detailed in this book. The political machinations that created the bubble law and then entrapped Walter are also described, using public records. Both stories are told in the context of Walter's background as the descendant of black slaves and the disciple of his hero Martin Luther King Jr., whose niece, Alveda, has written the foreword for this book.

"Through it all, we must remember that Walter is also an ordained Baptist minister with the call to preach the fullness of the gospel of life. This book is a journal of Walter's journey. This is a testimony to read and be inspired by."
—Alveda King, Pro-Life Activist; Niece of Martin Luther King Jr., from the Foreword

"Few people are willing to suffer targeting and deprivation of freedom for the sake of justice. Walter Hoye is one such hero. Anyone who looks for inspiration to do what is right no matter the cost —or doubts the logical and moral coherence of being black and pro-life —needs to read this book."
— Most Rev. Salvatore Cordileone, Archbishop of San Francisco

"Walter Hoye went to jail and did hard time for violating a law that even the judge didn't understand. All pro-lifers should thank Walter for his sacrifice and help. I do."
— Joe Scheidler, Founder, Pro-Life Action League; Author, Racketeer for Life

"Our walk on eggshells, politically correct approach to race has led many to be silent about the devastating impact abortion is having on the black community. Walter is anything but silent. Walter's courage and passion are gifts from God and a light in troubled times."
— Shawn Carney, C.E.O. and President, 40 Days for Life

"A book every pro-lifer needs to study. We are not just to 'involve' the black community in the pro-life movement, but rather to encourage them to embrace this movement as their own."
— Fr. Frank Pavone, National Director, Priests for Life

"This is rich reading —quietly riveting and audaciously inspiring. When a law is made to jail a non-violent, peaceful man, it reveals the true strength of his humble character."
— Johnny Hunter, D.D., National Director of Life Education and Resource Network

"Black And Pro-Life in America is a remarkable and riveting account of the extraordinary pro-life witness of Pastor Walter Hoye, whose dauntless defense of the sanctity of human life and commitment to helping women in crisis pregnancy situations came at a great cost —imprisonment."
— Obianuju Ekeocha, Author, Target Africa: Ideological Neocolonialism in the Twenty-First Century

Our Lady of America