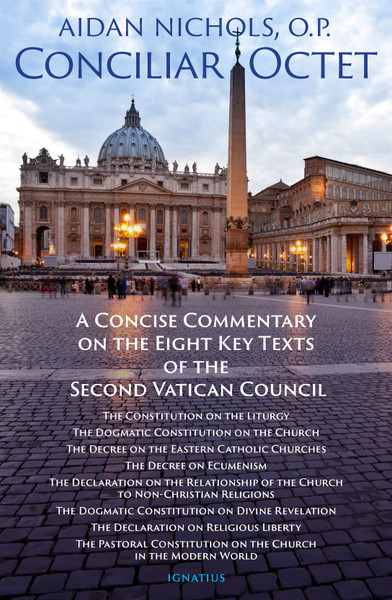 A lively debate continues in the Roman Catholic Church about the character of the teaching provided by the Second Vatican Council (1962-1965). Did it represent a decisive rupture with previous doctrine, or the continuation of its earlier message under new conditions? Much depends on whether the Council texts are read in the light of subsequent events, which shook and sometimes smashed the life, worship and devotion of traditional Catholicism – rather than considered for themselves, in their own right as documents with a prehistory that historians can know.

In this work Dominican scholar and writer Aidan Nichols maintains that the Council texts must be interpreted in the light of their genesis, not their aftermath. They must be seen in the light of the public debates in the Council chamber, not the hopes (or fears) of individuals behind the scenes. On this basis, he provides a concise commentary on the eight most significant documents produced by the Council, documents which cover pretty comprehensively all the major aspects of the Church’s life.

Nichols describes the Council as a gathering where the Conciliar minority – guarded, prudent, and concerned for explicit continuity at all points with the preceding tradition – played a beneficial role in steadying the Conciliar majority, enthused as the latter was by the movements of biblical, patristic and liturgical ‘return to the sources’ and a desire to reach out to the world of the (then) present-day in generosity of heart. The texts that emerged from this often impassioned debate remain susceptible to a reading of a classically Christian kind. That is precisely what Nichols offers in this book.