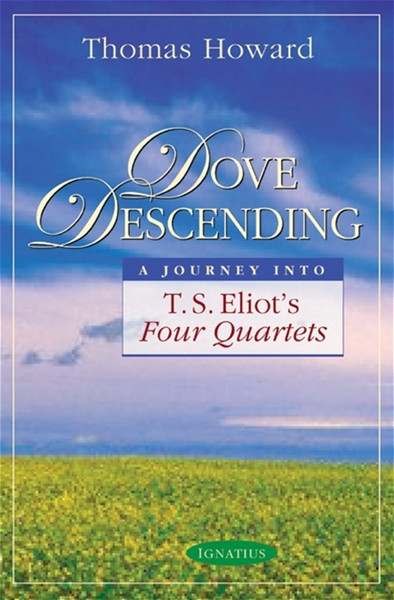 Throughout the world, many consider T.S. Eliot to be the most important and influential poet of the 20th century, and Four Quartets to be his finest poem and greatest literary achievement. Dove Descending is a journey into the beauties and depths of Eliot's masterpiece written by Thomas Howard, bestselling author, professor and critic.

In this line-by-line commentary, Howard unravels the complexities of the sublime poem with such adept adroitness that even its most difficult passages spring to life. During his many years as a professor of English and Literature, Howard taught this poem often, and developed what he calls "a reading" approach to its concepts that render their meaning more lucid for the reader. Dove Descending reunites the brilliant insights of a master teacher whose understanding and love of Eliot's writings are shared here for the great benefit of the reader.

"In my own view, this sequence of four poems represents the pinnacle of Eliot's whole work. Four Quartets stands as Eliot's valedictory to the modern world. I would place it, along with Chartre's Cathedral, the Divine Comedy, van Eyck's "Adoration of the Mystic Lamb" and Mozart's Requiem as a major edifice ; in the history of the Christian West."
—Thomas Howard

"T.S. Eliot's greatest poem deserves the finest exposition. Few critics alive today are equal to the task. Thomas Howard is one of those gifted few. Lovers of Eliot will delight in Howard's understanding of the mysterious descending of the dove."
—Joseph Pearce, Author, Literary Converts