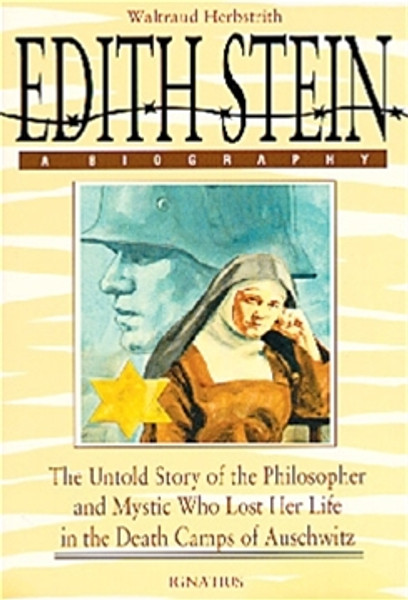 A powerful and moving story of the remarkable Jewish woman who converted to Catholicism, became a nun, achieved remarkable success in the male-dominated world of German philosophy, and was sent to a Nazi death camp when she refused to deny her Jewish heritage.

Edmund Husserl, the founder of phenomenology, declared Edith Stein the best doctoral student he ever had (even abler than Heidegger, who was also his pupil at the time). A prayerful woman of deep spirituality and authentic mystical experience, she remained an influential, active philosopher all her life. Though born and raised in a very religious Jewish family in Germany, she not only converted to Catholicism, but became a Carmelite nun and followed in the footsteps of Teresa of Avila and John of the Cross.

Edith Stein vigorously opposed Nazism from the outset and urged Pope Pius XI to put the church on record against Hitler. A model Catholic, a brilliant intellectual, yet a profoundly humble soul, she affirmed her solidarity with her suffering Jewish people no matter the cost. Edith Stein was arrested by the Nazis at a Carmelite convent at Echt in Holland and sent to her death at Auschwitz.

Waltraud Herbstrith has fashioned a warm, memorable portrait of this woman who, as Jesuit philosopher Jan Nota points out in the introduction, "discovered in Christ the meaning of human existence and suffering ... Edith Stein was one of those Christians who lived out of a hope transcending optimism and pessimism." Hers is a voice that speaks powerfully to all of us today, and a life that stands as testimony to the profoundest values of human existence, the significance of the individual, and the truths of faith that can reconcile Christian and Jew, philosophy and religion, oppressor and oppressed to heal a troubled world.