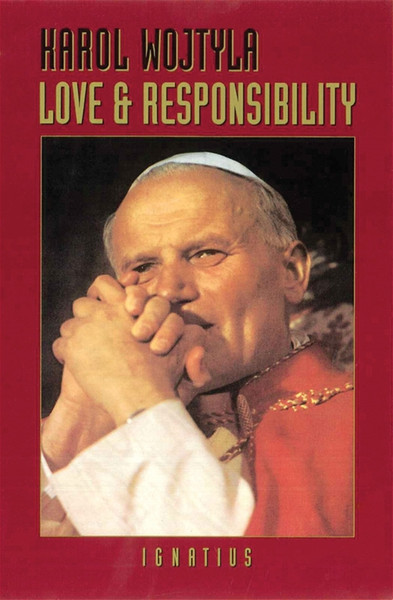 Drawing from his own pastoral experience as a priest and bishop before he became Pope John Paul II, Karol Wojtyla has produced a remarkably eloquent and resourceful defense of Catholic tradition in the sphere of family life and sexual morality. He writes in the conviction that science--biology, psychology, sociology--can provide valuable information on particular aspects of relations between the sexes, but that a full understanding can be obtained only by study of the human person as a whole.

Central to his argument is the contrast between the personalistic and the utilitarian views of marriage and of sexual relations. The former views marriage as an interpersonal relationship, in which the well-being and self-realization of each partner are of overriding importance to the other. It is only within this framework that the full purpose of marriage can be realized. The alternative, utilitarian view, according to which a sexual partner is an object for use, holds no possibility of fulfillment and happiness. Wojtyla argues that divorce, artificial methods of birth control, adultery (pre-marital sex), and sexual perversions are all in various ways incompatible with the personalistic view of the sexual self-realization of the human person.

Perhaps the most striking feature of the book is that Wojtyla appeals throughout to ordinary, human experience, logically examined. He draws support for his views on the proper gratification of sexual needs, on birth control, and on other matters, from the findings of physiologists and psychologists. His conclusions coincide with the traditional teachings of the Church, which invoke scriptural authority. His approach ensures that non-Christians also can consider his arguments on their own merits.

"A courageous apologetic. In no other book does the Pope emerge more clearly as an independent thinker. This book is a high-minded rejoinder to the sexual revolution."
-- Kenneth Briggs, New York Times Book Review

The Victory of Love (Digital)

The Way of Love

The Healing Fire of Christ