The Slave Who Became the First African-American Priest 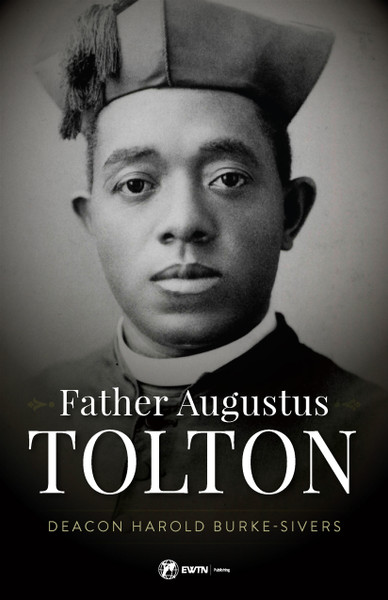 In these fascinating pages, popular author and speaker Deacon Harold Burke-Sivers tells the gripping story of Augustine Tolton, who valiantly overcame a series of seemingly insurmountable challenges birth into slavery, his father's death, abject poverty, and even being denied acceptance by every Catholic seminary in America to become the first black American priest. His cause for sainthood has been opened and is progressing in Rome.

Despite the hardships placed on Fr. Tolton by a culture rooted in racial hatred, he became a tireless messenger of the Gospel, plunging into the Deep South where segregation was decreed by harsh laws, penetrating even the hardest of hearts with the richness, beauty, and truth of the Catholic Faith.

He was a beacon of hope to black Catholics in the 19th Century who were trying to find a home in the American Church. He was a visionary who saw beyond race and politics, teaching that the Catholic Church wants to free us not just from slavery, but from slavery to sin.

Amidst great persecution, Fr. Tolton showed us that being configured to Christ means emptying ourselves so that God can fill us, exposing the weakest parts of who we are so that God can make us strong, becoming blind to the ways of this world so Christ can lead us, and dying to ourselves so we can rise with Christ.

“The life of Fr. Augustus Tolton is one of the most inspiring stories in Catholic American history. Deacon Harold Burke-Sivers does a masterful job bringing to life the immense struggles and overwhelming joy of one of most incredible priests in our country’s history.”

Father Damien and the Bells

To Be a Father with St. Joseph