The Galileo Affair in Context 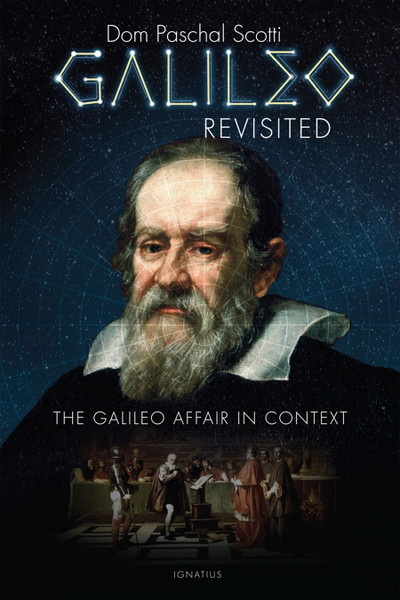 No other work on Galileo Galilei has brought together such a complete description of the historical context in its political, cultural, philosophical, religious, scientific, and personal aspects as this volume has done. In addition to covering the whole of Galileo's life, it focuses on those things that are most pertinent to the Galileo Affair, which culminated in his condemnation by the Inquisition in 1633.

This work shows the significance of astrology in the history of society and the Church (Galileo was a master astrologer), and the importance of the internal tensions and factions within the Roman Curia in the seventeenth century. It also tells of the profound battles among Church leadership over the direction of the Church in a time of uncertainty and intellectual and cultural ferment. The Galileo Affair is not just of its time and place, and it is not just about Galileo, but it touches upon that perennial issue of how the Church deals with issues of adaptation and change.

"The Galileo case is often misunderstood as the simple opposition of modern science to blind faith. This valuable volume not only puts that myth to rest by presenting what were the real scientific, philosophical, and theological questions at stake. It's comprehensive in explaining the history, culture, conflicts, and personalities involved in this crucial episode in Western and Christian civilization."
— Robert Royal, Author, A Deeper Vision: The Catholic Intellectual Tradition in the Twentieth Century

"This exquisite history of a defining moment at the birth of modernity resists the temptation to idealize or villainize, treating both Galileo and his opponents as the flesh-and-blood creatures they actually were. The Galileo Affair is thus revealed to be not so much the clash of ideas or ideals we are so often told it was, as the clash of limited and imperfect people. Of the many versions of this story that I've encountered, this is the wisest and most balanced."
— Michael Augros, Ph.D., Author, Who Designed the Designer? A Rediscovered Path to God's Existence

"Dom Scotti has mastered all of the historical details of the great saga of Galileo and the Church, and he does not spare any of the players in his critical but fair-minded and thoughtful assessment of how the tragic confrontation unfolded and might have been avoided."
—John Farrell, Author, The Day without Yesterday: LemaŒtre, Einstein and the Birth of Modern Cosmology

"There is nothing like the facts to squelch a juicy rumor or a sensational story - especially one whose contour has been carefully crafted to embarrass the Church or keep her off balance. This book brings to bear the many new discoveries that have recently been made in the Galileo Affair. An open-minded reader will have abundant evidence for debunking the notion that the Church is against science."
— Rev. Joseph Koterski, S.J., Department of Philosophy, Fordham University

"Many people today think of Galileo in simplistic, black-and-white terms, as either a great and heroic scientist or a tragic, arrogant figure. As Dom Scotti demonstrates in this richly researched and often surprising work, the truth is both far more complex and far more interesting."
— Carl Olson, Editor, Catholic World Report; Author, Did Jesus Really Rise from the Dead?

"The Galileo Affair was a clash of ideas, but it was also a complex human drama that unfolded in extremely tense and turbulent times. Geopolitical struggles, Reformation and Counter Reformation, personal ambition, zeal for truth, scientific rivalries, gossip and scandal, status and celebrity, and even an outbreak of plague were all parts of the story. Dom Scotti's profoundly learned, wonderfully readable, and richly detailed book brings that vibrant world to life."
— Stephen Barr, Ph.D., Department of Physics, University of Delaware

"The image of Galileo kneeling before the Inquisition, forced to recant his views, is exaggerated in the modern mind. But Dom Scotti paints the truthful setting of Galileo's time, not a mere recounting of facts, but a journey into the Medici family, the Papal States of the 1600s, Galileo's desire for clarity, his tastes in the arts, the multifaceted trial, and his conflicts to the last breath. For those excited about how Catholics can lead scientific progress, the visit with Galileo, the man, is a requisite pilgrimage."
— Stacy Trasancos, Author, Particles of Faith: A Catholic Guide to Navigating Science