A Novel of the Spanish Civil War 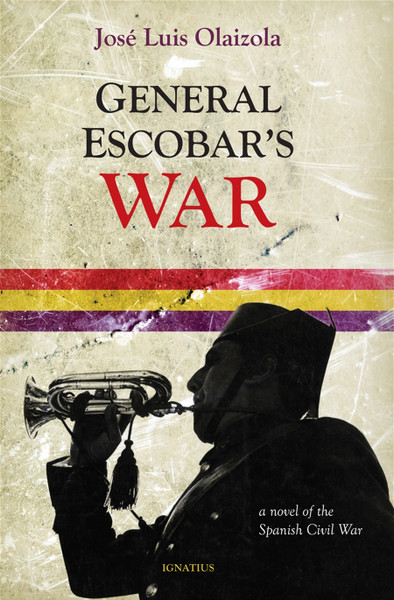 "The best Spanish novel about the Spanish Civil War."
— Álvaro Mutis, Author, The Adventures and Misadventures of Maqroll, winner of the Neustadt International Prize for Literature

Winner of Spain's prestigious Planeta Prize for fiction, this historical novel takes the form of an imagined diary by General Antonio Escobar, the highest- ranking officer of the Republican Army remaining in Spain at the end of the Spanish Civil War, while he awaited trial and execution.

Besides being a vivid reminder of how destructive political passions can be, General Escobar's War is also a profoundly intimate portrait of an inspiring man. By his decisive action on July 19, 1936, Escobar, then a Civil Guard colonel and a man of profound religious conviction, succeeded in thwarting the military uprising in Barcelona.

Although his father was a hero of the Spanish-American War in Cuba, his daughter was a nun, and one of his sons was a Falangist fighter, Escobar freely chose to defend the Republic in accordance with his oath to support the legally constituted government.

The author gives a rare perspective of the Spanish Civil War, free of partisanship and ideology, through a soldier who, in Spain's great historic schism, chose to take a deeply uncomfortable stance because he believed his duty called him to do so.

"A wonderful book that explores the experience of a brave and honorable soldier, a faithful Catholic. His true story, here fluently translated, is told with moving sensitivity and an admirable lightness of touch."
— Lucy Beckett, Author, Postcard from the Volcano, and winner of the Aquinas Award for Fiction

"Many books are called 'brave' without cause, but this one is the genuine article-a truly courageous and insightful work. The reader is forced to consider the heartbreaking choices faced by anyone who has lived to see his country so cruelly divided."
—Fiorella De Maria , Author, We'll Never Tell Them

"Like all good historical fiction, this novel brings the past to graphic and disturbing light. It also shows the dignity of the human person in the midst of the ugliness of war."
— Joseph Pearce, Author, Wisdom and Innocence: A Life of G.K. Chesterton

"The fatalistic first person narrative is haunted by Escobar's resigned courage as he clings to his honor and his faith in a time when both were dangerous."
— Michael Richard, Author, Tobit's Dog