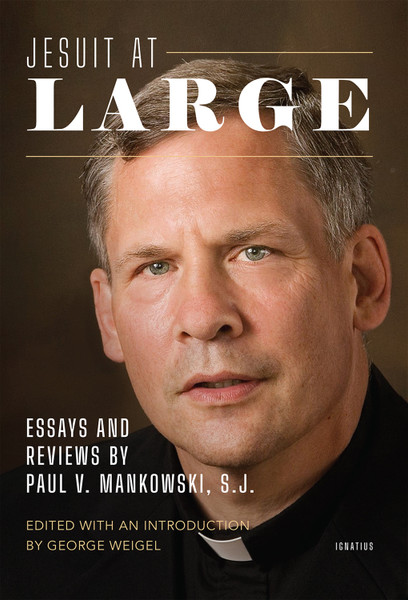 Father Paul Mankowski, S.J. (1953–2020), was one of the most brilliant and scintillating Catholic writers of our time. His essays and reviews, collected here for the first time, display a unique wit, a singular breadth of learning, and a penetrating insight into the challenges of Catholic life in the postmodern world.

Whatever his topic, however, Paul Mankowski's intense Catholic faith shines through his writing, as it did through his life. Jesuit at Large invites its readers to meet a man of great gifts who suffered for his convictions but never lost hope in the renewal of Catholicism, a man whose confidence in the truth of what the Church proposed to the world was never shaken by the failures of the people of the Church.

"Father Paul Mankowski was a priest with the soul of a boxer and a boxer with the soul of a priest. His irreducible brilliance and fierce fidelity grace every page of this book. Read it, give it, be transformed by it."
— Mary Eberstadt, Author, Adam and Eve after the Pill and The Loser Letters

"Paul Mankowski, S.J., is our John the Baptist. He has written the definitive refutations of 'inclusive language' and many other modern myths. These essays are scalpels: sharp, precise, healing. Very reminiscent of the writings of Chesterton, Belloc, Lewis."
— Peter Kreeft, Ph.D., Professor of Philosophy, Boston College

"A major contribution to the understanding of contemporary American Catholicism. A must-read—for the penetrating insights of a brilliant American priest, for the moving biographical foreword by George Weigel, and for the first appearance in unedited form of Father Mankowski's memorandum on the congressional career of Father Robert Drinan."
— Mary Ann Glendon, Learned Hand Professor of Law, Emerita, Harvard University

"I will read and reread these essays as a magisterial lesson on the strengths and weaknesses of the contemporary Church, as a magnificent affirmation of faith in the face of pain and doubt, and above all as an act of homage to a friend whose inspiration I cherish and whose company I always miss. The world should come to know better this incomparable man."
— Tony Abbott, Prime Minister of Australia, 2013–2015

"Father Paul Mankowski, S.J., was one of the most extraordinary human beings I've known, and equally remarkable in that he didn't promote himself despite his phenomenal gifts of insight, wisdom, and humor. This collection gives the reader a sense of a man who died much too early and deserves to be much better known."
— Robert Royal, Ph.D., Author, A Deeper Vision: The Catholic Intellectual Tradition in the Twentieth Century

"These essays exemplify a rare and captivating brilliance, displaying the sort of paradoxical insight that would make Chesterton proud, but with an incisive edge and sharp wit that are equally bracing and illuminating. In short, Father Mankowski was one of the finest essayists of the past fifty years."
— Carl Olson, Editor, Catholic World Report; Author, Did Jesus Really Rise from the Dead?