Theology of the Liturgy 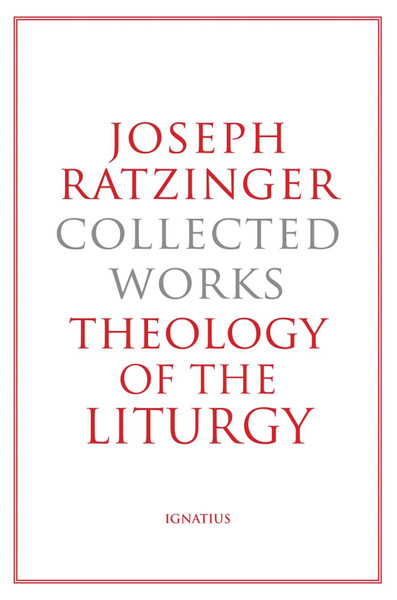 This major volume is a collection of the writings of Joseph Ratzinger (Pope Emeritus Benedict XVI) on the theology of the Liturgy of the Church, a subject of preeminence to him as a theologian, professor and spiritual writer. It brings together all his writings on the subject, short and long, giving his views on liturgical matters and questions over many years and from various perspectives.

He chose to have his writings on the Liturgy for the first volume published of his collected works (though listed as vol. 11) because, as he says in the Introduction: "The liturgy of the Church has been for me since my childhood the central reality of my life, and it became the center of my theological efforts. I chose fundamental theology as my field because I wanted first and foremost to examine thoroughly the question: Why do we believe? But also included from the beginning in this question was the other question of the right response to God and, thus, the question of the liturgy."

By starting with the theme of liturgy in this volume, Ratzinger wants to highlight God's primacy, the absolute precedence of the theme of God. Beginning with a focus on the liturgy, he said, tells us that "God is first". He quotes from the Rule of St. Benedict, "Nothing is to be preferred to the liturgy", as a way of ordering priorities for the life of the Church and of every individual. He says that the fundamental question of the man who begins to understand himself correctly is: How must I encounter God? Thus learning the right way of worshipping is the gift par excellence that is given to us by the faith.

The essential purpose of his writings on the liturgy is to place the liturgy in its larger context, which he presents in three concentric circles. First, the intrinsic interrelationship of Old and New Testament; without the connection to the Old Testament heritage, the Christian liturgy is incomprehensible. The second circle is the relationship to the religions of the world. The third circle is the cosmic character of the liturgy, which is more than the coming together of a circle of people: the liturgy is celebrated in the expanse of the cosmos, encompassing creation and history at the same time.