A Handbook for Beginning Realists 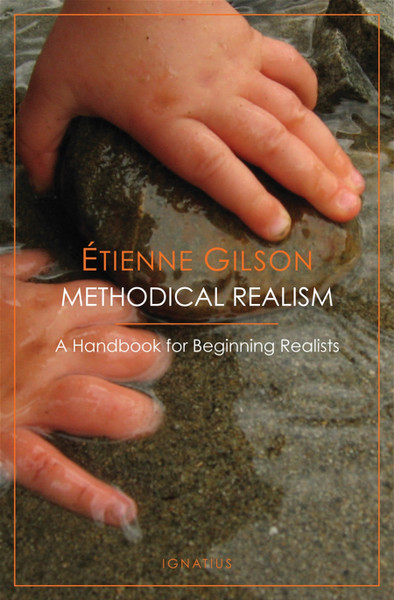 This short book is a work of one of the 20th century's greatest philosophers and historians of philosophy, Étienne Gilson. The book's title, taken from the first chapter, may sound esoteric but it reflects a common-sense outlook on the world, applied in a "methodical" way. That approach, known as realism, consists in emphasizing the fact that what is real precedes our concepts about it. In contrast to realism stands idealism, which refers to the philosophical outlook that begins with ideas and tries to move from them to things.

Gilson shows how the common-sense notion of realism, though denied by many thinkers, is indispensible for a correct understanding of things-of what is and how we know what is. He shows the flaws of idealism and he critiques efforts to introduce elements of idealism into realist philosophy ("immediate realism"). At the same time, the author criticizes failures of certain realist philosophers-including Aristotle-to be consistent in their own principles and to begin from sound starting points. To these problems, Gilson traces medieval philosophy's failure in the realm of science, which led early modern scientific thinkers of the 17th century unnecessarily to reject even the best of medieval scholastic philosophy.

He concludes with "The Realist Beginner's Handbook", a summary of key points for thinking clearly about reality and about the knowledge of it.

A Refutation of Moral Relativism (Digital)