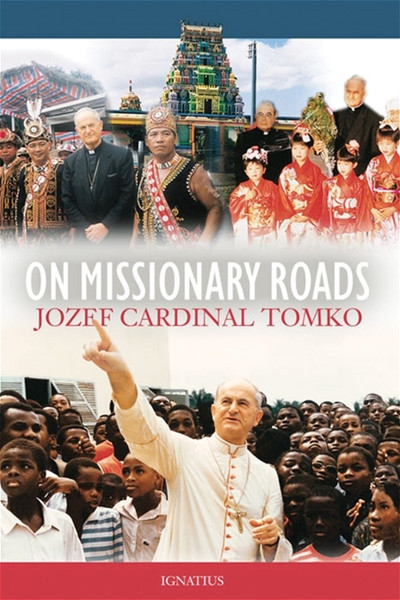 From Botswana to Thailand, from Peru to Bosnia, the missionary work of the Catholic Church stretches from pole to pole, encompassing every part of the globe. Jozef Cardinal Tomko, the Prefect of the Congregation for the Evangelization of Peoples from 1985 to 2001 under the late Pope John Paul II, shares his account of the many missionary journeys he made around the world. Often accompanying the Pope, Cardinal Tomko saw firsthand how the Church is dealing with the particular challenges of various cultures around the world. He gives witness to the flowering of faith as well as the hardships that many Catholics face in other countries. The encyclopedic knowledge of countries and peoples that the Cardinal possesses will enrich the reader's understanding of the world today, and show that the Roman Catholic Church is truly "one, holy, catholic, and apostolic."

"Cardinal Tomko has given us a gift in this book that can help us appreciate the Church's response today to the mission given her by Christ two thousand years ago. He deserves our gratitude too for what he has done for the missionary well being of the Church over the years that he was Prefect of the Congregation for the Evangelization of Peoples. This book is an invitation to share in his generous missionary spirit and, like him, to do great things for the Lord."
-Francis Cardinal George, OMI, Archbishop of Chicago

Forth and Abroad (Digital)