A Study in Schism 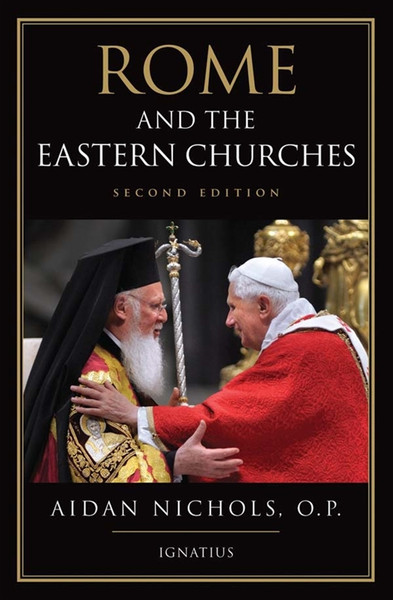 In the second edition of this major work, Dominican theologian Aidan Nichols provides a systematic account of the origins, development and recent history—now updated—of the relations between Rome and all separated Eastern Christians.

By the end of the twentieth century, events in Eastern Europe, notably the conflict between the Orthodox and Uniate Churches in the Ukraine and Rumania, the tension between Rome and the Moscow patriarchate over the re-establishment of a Catholic hierarchy in the Russian Federation, and the civil war in the then federal People’s Republic of Yugoslavia, brought attention to the fragile relations between Catholicism and Orthodoxy, which once had been two parts of a single Communion. At the start of the twenty-first century, in the pontificate of Benedict XVI, a papal visit to Russia—at the symbolic level, a major step forward in the ‘healing of memories’— appears at last a realistic hope.

In addition, the schisms separating Rome from the two lesser, but no less interesting, Christian families, the Assyrian (Nestorian) and Oriental Orthodox (Monophysite) Churches, are examined. The book also contains an account of the origins and present condition of the Eastern Catholic Churches—a deeper knowledge of which, by their Western brethren, was called for at the Second Vatican Council as well as by subsequent synods and popes.

Providing both historical and theological explanations of these divisions, this illuminating and thought-provoking book chronicles the recent steps taken to mend them in the Ecumenical Movement and offers a realistic assessment of the difficulties (theological and political) which any reunion would experience.

The Primacy of the Church of Rome