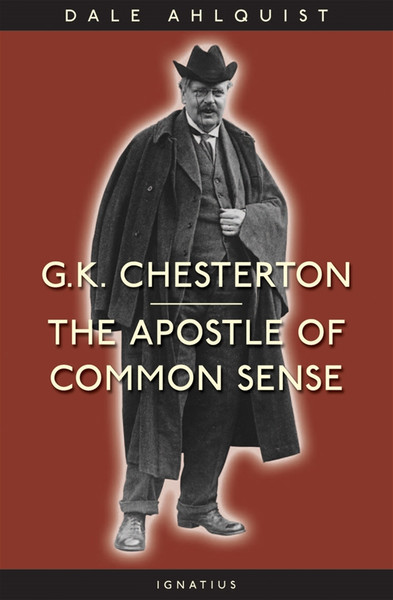 G. K. Chesterton was one of the most well-known and beloved writers of his time. Yet he has been strangely neglected today. This book is the perfect introduction to Chesterton. Ahlquist is an able guide who takes the reader through twelve of Chesterton?s most important books as well as the famous Father Brown stories.

One of the problems with approaching Chesterton is that he was so prolific that the reader is simply overwhelmed. But Ahlquist makes the literary giant accessible, highlighting Chesterton?s amazing reach, keen insight, and marvelous wit. Each chapter is liberally spiced with Chesterton?s striking quotations.

There is something special that runs throughout Chesterton?s books that sets him apart from the confusing philosophies of the modern world. That common thread in Chesterton?s writings is common sense. It is instantly recognizable and utterly refreshing.

“Dale Ahlquist is one of the most respected Chesterton scholars in the world and there are few more qualified to illustrate the timeless wit and wisdom of the legendary GKC. This volume is an excellent introduction to one of the giant figures of the Catholic Literary Revival.”
Joseph Pearce, Author, Literary Converts

“Ahlquist re-presents in a lively and incisive manner the many fundamental themes in Chesterton. Chesterton is the real intellectual giant of our times. Ahlquist succeeds admirably in reminding us why.”
Fr. James V. Schall, S.J.