Its Historical Development and Theological Foundations 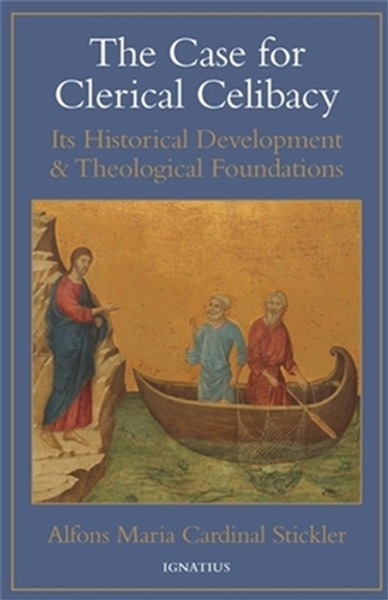 Cardinal Stickler, a theological expert at Vatican II, an eminent canon lawyer, and church historian, answers those and other crucial questions on clerical celibacy. He clarifies the concepts of celibacy and sexual continence. He then examines the development of clerical celibacy in the Latin West, exploding the myth celibacy is a medieval invention or simply a church-instituted practical discipline. He shows how though most priests (as well as bishops and deacons) of the early Church were married, they were also to observe "sexual continence"—to refrain from sexual relations with their wives. Next, he turns to consider the practice of Eastern Christianity. Finally, he concludes with a theological reflection on the priesthood of Jesus Christ, which shows why the popular distinction between "doctrine" and "discipline" doesn't fully explain all the important aspects of the requirement of clerical celibacy and continence.

This edition features a foreword by Jesuit Father Joseph Fessio.

"A wealth of information on the history of celibacy for the clergy of the Catholic Church—both in the East and the West. I was particularly impressed by his arguments showing that celibacy is necessarily connected to the priesthood of Jesus Christ. It is refreshing to find a book on celibacy that is truly theological— one that is rooted in Scripture, the Fathers of the Church, and the Magisterium."
— Fr. Kenneth Baker, S. J., Editor Emeritus, Homiletic & Pastoral Review