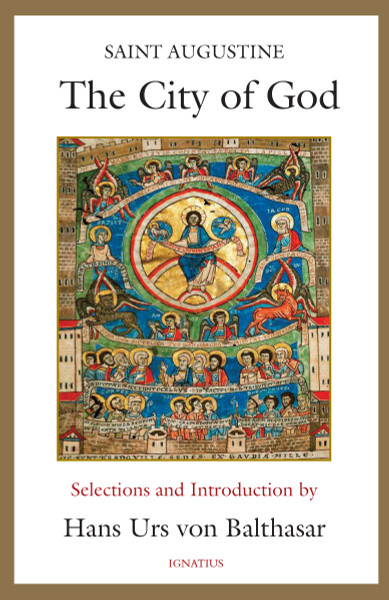 Few books have impacted the West as deeply as The City of God. Saint Augustine blazed trails not only in the realms of politics and philosophy, but in the life of the heart, exploring the relationship between a loving God and a shattered world. Thomas Aquinas, Charlemagne, John Calvin, Hannah Arendt, and Pope Benedict XVI alike have drawn from this text's deep and varied wells.

Yet few of us will ever read the epic work, which often stretches past one thousand pages. This volume, however, offers a shorter, simpler road through Augustine's masterpiece. Edited by Hans Urs von Balthasar, it presents key selections from The City of God, culled for their beauty and spiritual power, buttressed with notes, and arranged by theme—from the creation of the world to the Roman Empire, from human happiness to the nature of death.

This edition is meant above all for prayer and meditation. Still, if readers wish to engage Augustine on a critical level, the introduction by von Balthasar—recipient of the 1984 International Paul VI Prize under Pope John Paul II—provides a rigorous analysis of the City, with an eye on the philosophical and theological discourse of the twentieth century. The book is also furnished with a detailed index of names, subjects, and scriptural references.

All excerpts of the City are taken from William Babcock's 2013 translation with New City Press, praised by critics as "a remarkable achievement" (Johannes van Oort), "the most beautiful and up-to-date of the existing versions" (Arabella Milbank).