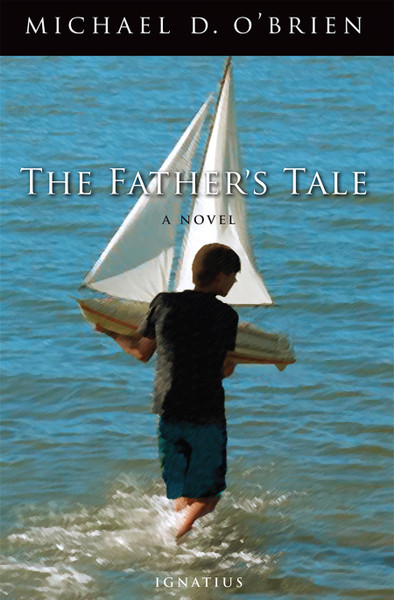 "A modern retelling of the parables of The Good Shepherd and The Prodigal Son."
— Michael O'Brien

Canadian bookseller Alex Graham is a middle-age widower whose quiet life is turned upside down when his college-age son disappears without any explanation or trace of where he has gone. With minimal resources, the father begins a long journey that takes him for the first time away from his safe and orderly world. As he stumbles across the merest thread of a trail, he follows it in blind desperation, and is led step by step on an odyssey that takes him to fascinating places and sometimes to frightening people and perils.

Through the uncertainty and the anguish, the loss and the longing, Graham is pulled into conflicts between nations, as well as the eternal conflict between good and evil. Stretched nearly to the breaking point by the inexplicable suffering he witnesses and experiences, he discovers unexpected sources of strength as he presses onward in the hope of recovering his son— and himself.

"This is a magnum opus in quality as well as quantity. All of O'Brien's large and human soul is in this book as in none of his shorter ones: father, Catholic, Russophile, Canadian, personalist, artist, storyteller, romantic. There is not one boring or superfluous page. When you finish The Father's Tale you will say of it what Tolkien said of The Lord of the Rings: 'It has one fault: it is too short.' A thousand pages of Michael O'Brien is like a thousand sunrises: who's complaining?"
— Peter Kreeft, Ph.D., Boston College Author, You Can Understand the Bible

"To enter the domain into which this book takes its readers is to find oneself in the precincts of Holiness, really. Everything is here: suspense, poignancy, darkness, goodness, radiance, courage and joy. George MacDonald, Charles Williams, Chesterton, Lewis, and, yes, Dostoyevsky, have ventured across the borders of this terrain. The scrim that lies between ordinariness and That Which Lies Beyond ordinariness is pierced. Michael O'Brien's achievement here is, I think, titanic."
— Thomas Howard Author, Dove Descending: T.S. Eliot's Four Quartets

"In this epic tale of the complex and mysterious workings of love, O'Brien takes his readers on a harrowing intercontinental odyssey, offering them an inside view both of brutal torture and mystical transport in which the dark incongruities of divine providence reorder faith and hope so that love becomes fully possible."
— David Lyle Jeffrey, Ph.D. Distinquished Professor of Literature and the Humanities, Baylor University

"The best of Michael O'Brien's novels. He creates characters like Dickens, explores human relationships like Austen, and has the epic scope of Tolstoy and Dostoyevsky. I believe this novel will merit inclusion in any list of the world's greatest novels."
— Fr. Joseph Fessio, S.J.