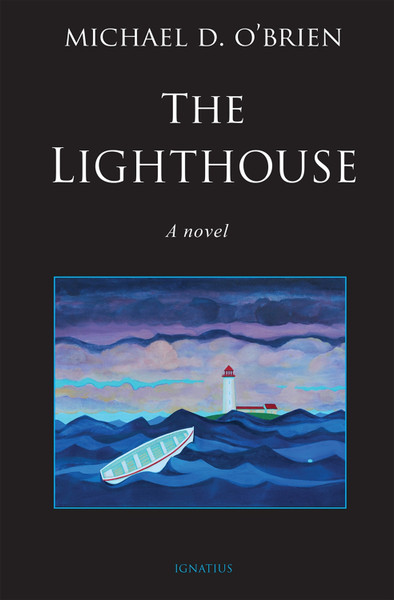 Ethan McQuarry is a young lighthouse keeper on a tiny island, the rugged outcropping of easternmost Cape Breton Island on the Atlantic Ocean. A man without any family, he sees himself as a silent"vigilant", performing his duties courageously year after year, with an admirable sense of responsibility.

He cherishes his solitude and is grateful that his interactions with human beings are rare. Even so, he is haunted by his aloneness in the world and by a feeling that his life is meaningless. His courage, his integrity, his love of the sea and wildlife, of practical skills and of learning are, in the end, not enough. He is faced with internal storms and sometimes literal storms of terrifying power.

From time to time he becomes aware that messengers are sent to him from what he calls "the awakeness" in existence, "the listeningness". But he cannot at first recognize them as messengers or understand what they might be telling him, until he finds himself caught up in catastrophic events and begins to see the mysterious undercurrents of reality—and the hidden face of love.

Michael D. O'Brien, iconographer, painter, and writer, is the popular author of many best-selling novels including Father Elijah, Elijah in Jerusalem, The Father's Tale, Eclipse of the Sun, Sophia House, Theophilos, The Fool of New York City, and Island of the World. His novels have been translated into twelve languages and widely reviewed in both secular and religious media in North America and Europe.

"It is difficult to know where to turn for noble enough analogies in speaking of O'Brien's writings. I wonder whether we are going to find his name taking its place along with those of Mauriac and Bernanos before too long."
—Thomas Howard, Author, Dove Descending: A Journey into T.S. Eliot's Four Quartets

"The austere, authentic, and solitary world of The Lighthouse captured me entirely. O'Brien's tale has the beautiful and luminous nature of a parable: through its engaging and gentle story the reader is led into poignant and deep considerations concerning redemption, and just how alone, or not, it is possible for a man to be."
— Sally Read, Poet and Author, Annunciation and Night's Bright Darkness

"The Lighthouse is as deeply moving as anything Michael O'Brien has written. In this brief, lyrical ode to the hidden mysteries of life that shall one day be revealed, truly amiable character is shaped and drawn to mirror its eternal form."
— David Lyle Jeffrey, Distinguished Senior Fellow, Baylor Institute for Studies in Religion, Baylor University

"O'Brien has given us another larger-than-life character who serves a larger-than-death God. He subtly delivers a powerful message without creating cardboard characters or elevating preaching above story-telling."
— Marvin Olasky, Editor in Chief, World

"Can a man be an island? Can he be the captain of his soul? And what's the difference between solitude and loneliness? Such questions are at the courageous heart of this story of one man's quest to make sense of himself and the world in which he finds himself."
— Joseph Pearce, Author, Literature: What Every Catholic Should Know

"In the silence and rich isolation of The Lighthouse, O'Brien captures the contemplative dimension of the soul of Ethan, the lighthouse keeper. The storyteller himself stands as a calm and sure beacon, navigating both the everyday tasks of the job and the emotional complexity of the man to illuminate simple truths more wondrous than the ocean."
— Eleanor Nicholson, Author, A Bloody Habit: A Novel