A Novel about Saint Helena and the Emperor Constantine 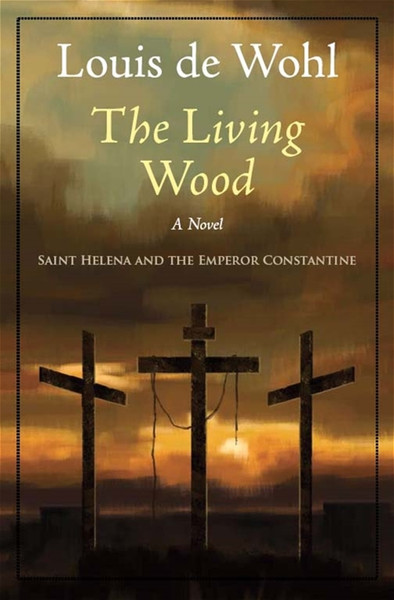 The renowned novelist De Wohl, with his usual crisp language and descriptive narrative, as well as irony and humor, presents the colorful and tumultuous times of the early Christian era in this story of intrigue, romance and power politics revolving around Helena, the devoted and saintly mother of Constantine, the first Christian emperor. This historical novel tells the story of the quest for the True Cross through fifty years of the most exciting events in Roman and Christian history.

The narrative begins when the Tribune Constantius, a Roman officer stationed in Britain, meets and wins Helena, only daughter of the mystical and oracular King Coel of Britain. Through the course of their early lives together, and during their ten-year separation when Constantius returns to Britian as a conquering Caesar and Helena has become a rejected wife, devoted mother, and militant Christian, there is a sure and convincing portrayal of character growth and personal conflict. Helena's fierce determination to raise Constantine as a warrior son and her gradual discovery and dramatic acceptance of Christianity prepare her for the final miracle of her life discovery of the True Cross, the Living Wood on Calvary.

The Living Wood is a chapter from the turbulent half-forgotten pages of early Christian history and legend in which the religious conflicts and problems are handled with moving simplicity. It is also an action-packed novel of those times—with a lesson for us today—that captures with equal skill and tumult and the shouting of the battlefield and the devious plots and counter-plots of the court.

Life is Worth Living

The Art of Living (Digital)