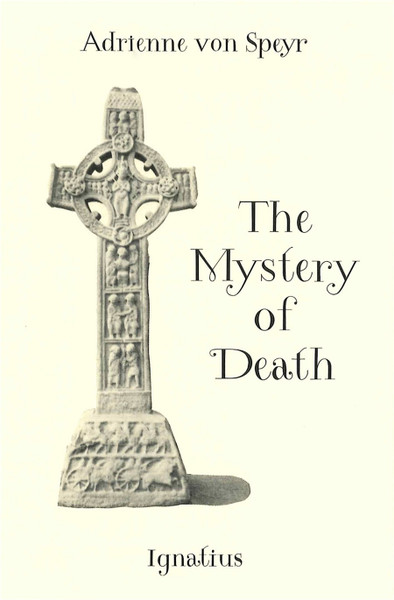 Von Speyr addresses the perennial and ultimate human question--the question of death. This book is not only a synthesis of the Christian view of death. It is also an antidote to the insipid sociological sentimentalism of so many books written about death and dying today. Death is not just the last stage of growth or something we must cope with or accept, nor something we must help people do without any fear or feeling of guilt. None of the merely human answers can satisfy because death is a mystery that only God and his Revelation can begin to explain.

"If God had not instituted death, man could have imagined that, each time he offended God, he could subsequently make it good, supply what he had failed to do, obliterate his turning away from God by turning toward Him. He would have felt that guilt and atonement were within his own power, that he could choose a punishment, a penance that would reconcile him with God if he persisted in it long enough. In other words he would have imagined that he was basically able to redeem himself. But by death and the finite time which leads up to it, God has shown man that his turning-away is far more serious than he thought, so grave that of himself he cannot make it good."
— Adrienne von Speyr