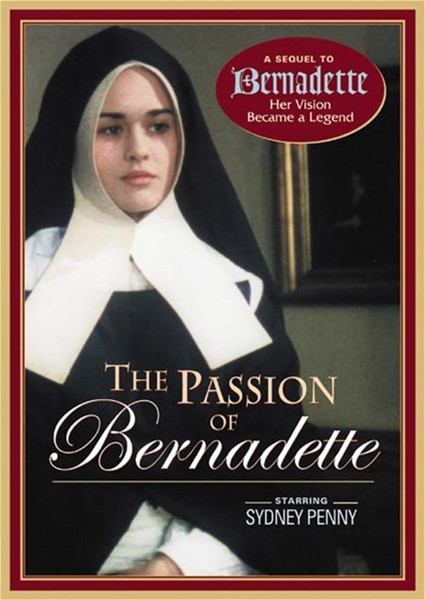 This DVD can only be sold in US and Canada.

Following up the acclaimed best-selling movie, Bernadette, the story of the apparitions of Our Lady in Lourdes to Bernadette Soubirous, this beautiful Jean Delannoy film tells the rest of the story of her life after the Marian visions- the life that made Bernadette a saint. The grotto at Lourdes is flourishing with many pilgrims, and Bernadette leaves to enter the convent of the sisters of Nevers to dedicate her life to God. Under the harsh rule of the Novice Mistress who "doesn't believe in apparitions", Bernadette, now Sister Marie Bernard, begins her life of achieving sanctity through prayer, faith, suffering, and deep charity toward all. With another moving performance by actress Sydney Penny, this film reveals incessant illness and suffering that St. Bernadette patiently, even cheerfully endured throughout her life in the convent, often repeating her prayer to "suffer and offer it to God." She went to her eternal reward in 1879, at the age of 35. When her body was exhumed many years later, it was found to be incorrupt. Today she lays in rest in a glass case in the chapel of the Sisters of Nevers, where millions have come to see "the little saint of Lourdes."

This DVD includes the following language options English or French with optional English or Spanish subtitles. This movie is Not Rated

For information on hosting a movie night in your parish or school click here.