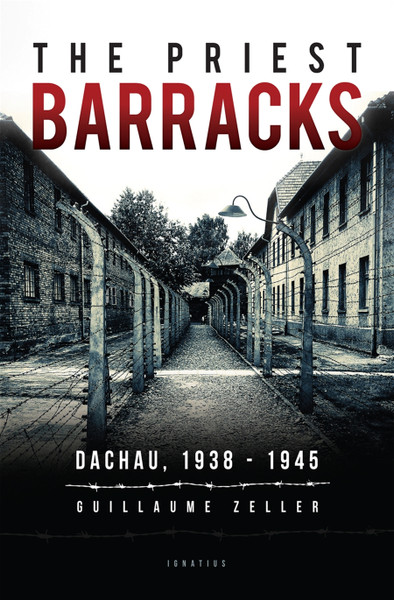 At the Nazi concentration camp Dachau, three barracks out of thirty were occupied by clergy from 1938 to 1945. The overwhelming majority of the 2,720 men imprisoned in these barracks were Catholics—2,579 priests, monks, and seminarians from all over Europe. More than a third of the prisoners in the "priest block" died there.

The story of these men, which has been submerged in the overall history of the concentration camps, is told in this riveting historical account. Both tragedies and magnificent gestures are chronicled here--from the terrifying forced march in 1942 to the heroic voluntary confinement of those dying of typhoid to the moving clandestine ordination of a young German deacon by a French bishop. Besides recounting moving episodes, the book sheds new light on Hitler's system of concentration camps and the intrinsic anti-Christian animus of Nazism.

"A frank, even touching, account of the thousands of clergy in the three barracks reserved for them at Dachau. The lesson to be learned in these lives is graphic. This book leaves little to the imagination about what can happen because it did happen."
— James V. Schall, S. J., Professor Emeritus, Georgetown University

"This extraordinary book provides the reader with a window into both the triumphs and the tragedies of many priests interned in Dachau.  The sufferings of these priests are unimaginable. I highly recommend it to understand much of the present crisis of secularism in our contemporary world."
— Brian Mullady, O.P., Adjunct Professor of Moral Theology, Holy Apostles College and Seminary

"Like the more famous saints of the concentration camps, these men had to learn the meaning of the words of Christ to love our enemies and pray for our persecutors. This book is an invaluable addition to the literature on the Holocaust."
— Joseph W. Koterski, S.J., Professor of Philosophy, Fordham University

"Zeller's powerful book reveals the heroic holiness that is proper to the Church in the midst of suffering. With the increased persecution of Christians throughout the world, this book comes at an important time."
— Fr. Paul Scalia, Author, That Nothing May Be Lost