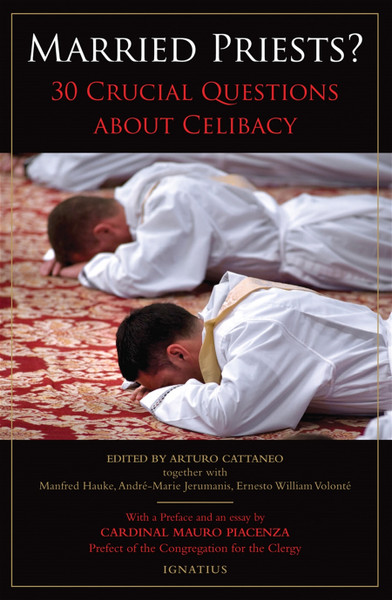 Why do Catholic priests not marry? How can celibacy possibly be so important to the Church, if Jesus did not even require it of his apostles? Cannot such an obligation cause sexual deviance, emotional troubles and even cases of pedophilia? These are three among the numerous possible questions that many people ask themselves, often without finding convincing answers.

In recent years the arguments in favor of openness to married priests seem to be multiplying. Some object that celibacy is not a dogma but only a discipline that originated in the Middle Ages; that it is contrary to nature and hence harmful for a man's psycho-physical equilibrium and the maturation of the human personality. And then, if priests could marry, there would be an increase in vocations.

In this book, seventeen various experts make contributions, responding to these and other burning objections, allowing the reader to discover the value that celibacy has today in the lives of thousands of priests and seminarians.

Among the key topics this book discusses are: History of Priestly Celibacy, What Theology Says on the Celibacy, Emotions and Sexuality, Discerning and Fostering a Vocation, Celibacy in the Life of a Priest, Celibacy and Inculturation, Papal teachings on Celibacy from Pius XI to Benedict XVI.

"I hope that this book will find the widest possible readership, thus contributing to an ever greater appreciation of priestly celibacy as a precious gift of the Spirit of Christ to his Church and received by young men who-like Saint Paul and so many saints-allow themselves to be "won over by Christ".
From the Preface, Cardinal Mauro Piacenza, Prefect of the Vatican Congregation for the Clergy