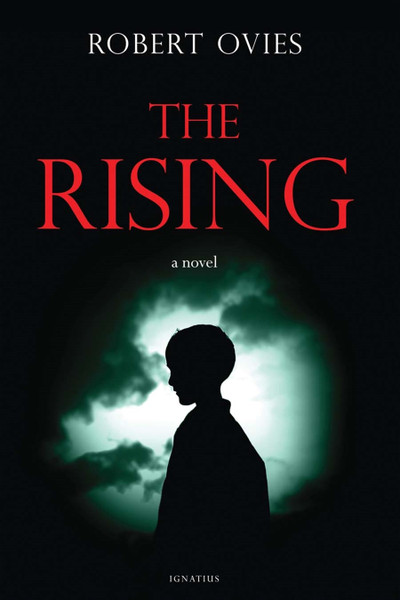 When nine-year-old C.J. Walker touches the arm of his mother's dead friend at her wake service and whispers the wish that she wouldn't be dead, he's just trying to do the right thing. But when the undertaker sees the woman's rosary sliding off her outstretched fingers and tumbling down her raised left arm, the firestorm can't be held in check. Frightened people near and far demand to know how many of their own loved ones might have been buried alive by the same undertaker, or by any undertaker.

But proof that C.J. Walker can indeed raise the dead is secretly videoed, then publicly aired. In a single morning, C.J.'s mother, Lynn, watches their home becoming a fortress and her son becoming a target. Grieving individuals desperate to see death let go of their loved ones; representatives from news, medical, and scientific organizations; influential religious representatives; and powerful government agencies all move in to gain maximum positions of influence over the greatest power on earth.

Through the ordeal, Lynn and her separated husband, Joe, struggle to find a way to escape with C.J., to keep him hidden from every pursuer, and somehow to make it possible for him to live a normal life again. But to do it all they must act quickly, before he's stolen away by authorities in high places.

"Ovies is a highly skilled writer of prose. But what we have here is more than a bravura performance: we are taken to that point at which eternal mysteries touch our ordinary world. Is it realism? Read this tale and decide."
- Thomas Howard, Author, Dove Descending: A Journey into T.S Eliot's Four Quartets

p>"Not only is this book difficult to put down, it is impossible to forget. When fine writing and compelling ideas combine, the result is essential reading. Works like this do not come along very often."
- Michael Coren, Author, Gilbert: The Man Who Was G. K. Chesterton

"A mesmerizing and provocative story packed with vivid characters and told with an easy elegance. The Rising makes you think, wonder, and then ponder what death, life, and love really mean."
- T.M. Doran, Author, Towards the Gleam

Only the Lover Sings