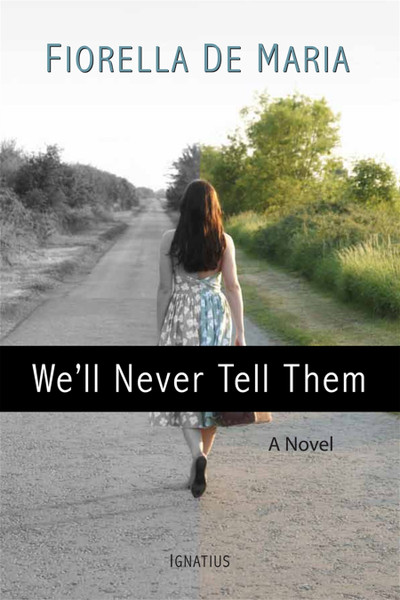 Kristjana, a nurse in England, flees twenty-first-century London in order to avoid a decision about her future. While attending a dying man in a Jerusalem hospital, she escapes into another woman’s past and discovers there the courage to embrace her own destiny. Through his vivid storytelling, Kristjana’s cancer patient, Leo Hampton, recounts his mother’s life—her upbringing in colonial Malta, her education in Edwardian England, and her service as a volunteer nurse during World War I.

Captivated by the story of Liljana Hampton, Kristjana is pulled into the agonies and the ecstasies of a previous generation, which almost seem more real to her than those of her own life. Through her vicarious experience of another woman’s personal history, Kristjana discovers the secret of fearlessly embracing her future.

With her passionate and colorful prose, award-winning author Fiorella De Maria seamlessly weaves back and forth between the past and the future. She realistically brings to life the cobbled streets of Old World Malta, the halls of an English boarding school, and the trenches of the Great War as she explores the age-old quest for some sense of security in a dangerous and uncertain world.

"Shows us that the sufferings of one life can be the source of the authenticity that gives life to another."
— Michael D. O'Brien, Author, Father Elijah

"An enthralling historical novel."
— Lucy Beckett, Author, A Postcard from the Volcano

"Moving and beautifully written."
— Piers Paul Read, Author, The Death of a Pope

"Fiorella De Maria is not afraid of the complexities of life and is capable of mixing its suffering with poetry and love."
— Mother Dolores Hart, O.S.B., Author, The Ear of the Heart

"A story about connecting—heart to heart, mind to mind—even across the years."
— Roger Thomas, Author, The Accidental Marriage