A Danger to the State (Digital) 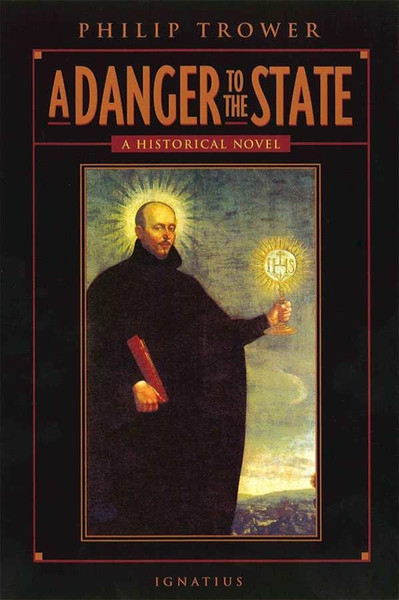 A Danger to the State (Digital)

Through a large cast of historical and fictional characters, A Danger to the State relates one of the outstanding though little known dramas of modern history. In 1773, surrendering at last to a 20 year long campaign of intrigue and calumny, Pope Clement XIV suppressed the famous Society of Jesus, founded 200 years earlier by St. Ignatius of Loyola. Just sixteen years before the French Revolution, Europe's Catholic kings, threatening to take their countries into schism, pressured Pope Clement into destroying the strongest bulwark and the Church's most successful band of missionaries.

What lay behind this apparent act of madness? There was no popular opposition to the Jesuits, and the Kings were mainly dupes. The driving force came from the writers and thinkers of the French Enlightenment, agnostics and atheists that included a number of Europe's leading statesman among it's members. "Once we have destroyed the Jesuits", wrote Voltaire, "we should have easy work with the Church."

The action revolves around the de Vallecas family, a distinguished Spanish family that have two sons in the Jesuit order - one a missionary to the Jesuit Reductions in Paraguay, the other a novice in Spain during the efforts of suppression. This chronicle of political intrigue moves masterfully from the turbulent scenes in Madrid of the French anti-Jesuit forces battle to influence King Charles III and other Spanish leaders, to the serene setting of the Jesuit missions in Paraguay in their last days of glory and, finally, to Catherine the Great's Russia.

"A gripping account that breathes with a vivid sense both of classic tragedy and revealed providence."
James Schall, S.J., Georgetown University

"This splendid novel is a compelling work on a huge canvas. It will undoubtedly become a classic."
Antony Tyler, Author, Pearl of Great Price

"In the best tradition of epic historical fiction, A Danger to the State enlightens the reader about a painful episode in the history of the Catholic Church. A lucid, intelligent and highly readable novel."
Piers Paul Read, Author, Alive: The Andes Survivors

Philip Trower, a native of London, England, studied at Eton and New College, Oxford, receiving a BA in modern history. He is the author of the novel Tillotson, has written for the Times Literary Supplement and Spectator, and worked as a journalist in Rome.

The Christian State of Life (Digital)

The Christian State of Life (Digital)

Church and State in Early Christianity

The Christian State of Life

The Christian State of Life

If You Can Get It

If You Can Get It (Digital)