Theres Still Hope for Them and You 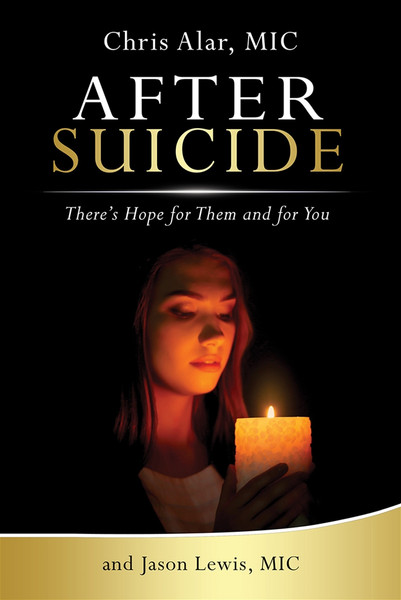 Addressing the hard issue of suicide honestly and pastorally, Fr. Alar draws from the teaching of the Church, the message of Divine Mercy, and his own experience of losing his grandmother to suicide to offer readers two key forms of hope. There's hope for the salvation of those who've died by their own hand, and there's hope for the healing of those whom they've left behind.

In 1993, college student Chris Alar lost his grandmother to suicide.

In 2003, a successful businessman, Chris returned to practicing his Catholic faith and discovered reasons to hope for her salvation.

Now a priest in the Congregation of Marian Fathers of the Immaculate Conception, Fr. Chris feels called to share the reasons for his hope, and to tell other people who've also lost someone to suicide that their grieving, though it may never go away, can ease.

Pastorally sensitive and committed to sharing orthodox teaching, this book unpacks the treasures of the Church's teaching, Sacraments, and devotions to bring real, transforming grace into the struggle of grieving suicide, and encourages readers to take advantage of the resources available to them as they confront one of the worst tragedies a person can face: grieving the loss of a family member, friend, or neighbor to suicide.

“This is a ‘must” book. Like no other, it fills a terribly deep need with a terribly deep clarity, charity, and wisdom from the saints. It is without the slightest sentimentality or condescension, yet orthodox and shares the real teaching of the Church. I am impressed by its simplicity, honesty and power, and am very happy to recommend it.”
-Peter Kreeft, Ph.D. Professor of Philosophy, Boston College

“In this theologically innovative and pastorally sensitive volume, Fr. Alar provides justifiable hope for those grieving the loss of relatives and friends from suicide. By synthesizing the Lord’s merciful love with his power to transcend time, Fr. Alar reasonably and responsibly justifies the efficacy of prayer for those who have died from suicide.”
-Fr. Robert Spitzer, S.J., President, Magis Center for Reason and Faith