From the Kippah to the Cross (Digital)

A Jew's Conversion to Catholicism 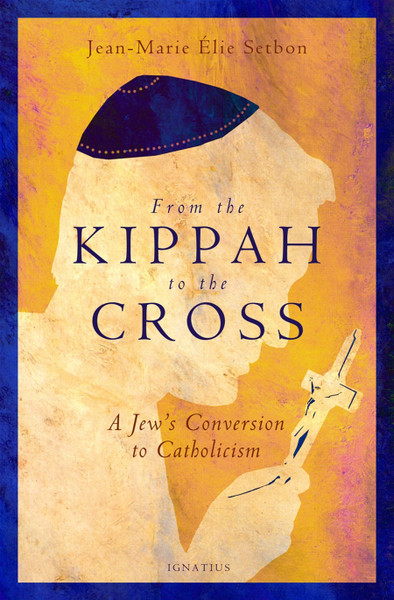 From the Kippah to the Cross (Digital)

Jean-Marie Élie Setbon, the son of non-observant French Jews, was first attracted to Jesus when he saw a crucifix at a young age. He hid a crucifix in his room and contemplated it often, even though he knew his family would be hurt and angry if they ever caught him.

Seeing the Basilica of Sacré-Coeur from his apartment window, he was drawn to the church, where he found himself powerfully pulled toward Jesus in the Eucharist. After several years of surreptitiously attending Mass, he resolved to convert to Catholicism in spite of the scandal it would cause, but God had other plans.

Upon graduation from secondary school, Jean-Marie moved to Israel to delve deeper into the faith of his ancestors. He lived in kibbutzim, learned about the history and religion of his people, served in the Israeli Army, and attended two different rabbinical schools. Eight years later he returned to France as an ultra-Orthodox Jew.

While teaching in a Jewish school, Jean-Marie married a woman who shared his faith, and together they began raising a family; yet his yearning for Jesus remained, becoming the source of a long and difficult internal struggle.

Jean-Marieಙs moving and unusual conversion story is about his battle between loyalty to his identity and fidelity to the deepest desires of his heart. Above all, it is a love story between Christ, the Loverthe relentless yet patient pursuerand man, his beloved.

“From the Kippah to the Cross takes the reader on a remarkable journey. It is a witness to the persistent and transformative love of Christ, and gives readers valuable insight into the unique difficulties and questions of Jewish seekers and converts.”
- Holly Ordway, Author, Not God’s Type

From Death to Life (Digital)

From Death to Life

Salvation Is from the Jews

From Death to Life (Digital)