Ideological Neocolonialism in the Twenty-First Century 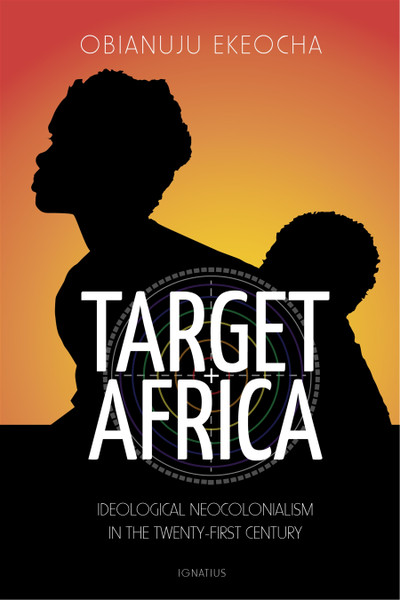 Since the end of colonization, Africa has struggled with socio-economic and political problems. These challenges have attracted wealthy donors from Western nations and organizations that have assumed the roles of helper and deliverer. While some donors have good intentions, others seek to impose their ideology of sexual liberation. These are the ideological neocolonial masters of the twenty-first century who aggressively push their agenda of radical feminism, population control, sexualization of children, and homosexuality.

The author, a native of Nigeria, shows how these donors are masterful at exploiting some of the heaviest burdens and afflictions of Africa such as maternal mortality, unplanned pregnancies, HIV/AIDS, child marriage, and persistent poverty. This exploitation has put many African nations in the vulnerable position of receiving funding tied firmly to ideological solutions that are opposed to the moral and cultural values of their people. Thus many African nations are put back into the protectorate positions of dependency as new cultural standards conceived in the West are made into core policies in African capitals.

This book reveals the Western influence over Africa that is rarely talked about. Drawing from a broad array of well-sourced materials and documents, it tells the story of foreign aid with strings attached, the story of Africa targeted and recolonized by wealthy, powerful donors.

"Target Africa calls out one of Western secularism's most peculiar orthodoxies: the perceived right of people from increasingly barren societies to meddle with the fertility and sexual mores of other people -- especially Africans. Kudos to Obianuju Ekoecha for this bold, bracing, and morally urgent book."
— Mary Eberstadt, Author, Adam and Eva After the Pill

"In the book you now hold, the great Nigerian human rights activist Obianuju Ekeocha casts a spotlight on the new colonialism and subjects it to searching critical scrutiny."
— Robert P. George, Ph.D., Princeton University, From the Foreword

"Target Africa is a stunning achievement. Informed and passionate, it presents a convincing vision of neocolonialism accomplished by means of destabilizing sexual revolution and the control of African fertility and population."
— Adrian Vermeule, Ralph S. Tyler Professor of Constitutional Law, Harvard Law School

"To find out about a real war on women, read this book. You will learn how Western governments, organizations, and businesses target female fertility in Africa to further their own ambitions."
— Abby Johnson, Author, Unplanned and The Walls Are Talking

"That one brave, eloquent African woman is drawing attention to this battle for the soul of her continent is a cause for celebration. May we all join her in this fight for true freedom, first by reading this vital book."
— Eric Metaxas, New York Times Best-selling Author, Bonhoeffer; Host, The Eric Metaxas Show

"No matter where you stand on cultural issues, the arguments of Target Africa must be addressed. This is a powerhouse of a polemic, a cry from the heart backed up by the facts. Everyone who cares about Africa's future should read it."
— Andrew Klavan, Author, The Great Good Thing

"A profound, searing, and utterly necessary work that exposes how the rapidly deteriorating Western culture imposes its poisonous values across the world."
— Matt Walsh, Columnist, The Daily Wire; Author, The Unholy Trinity

"Despite what seem to be insurmountable odds, Obianuju Ekeocha is fighting fire with science, facts, and tremendous faith, while serving as an example for the entire pro-life movement."
— Teresa Tomeo, Author, Extreme Makeover; Radio Host, Catholic Connection

"A must-read for complacent Westerners believing their aid money is being put to good use in Africa. A masterful analysis demonstrating in painful detail how Western governments, billionaires, and NGOs are systematically imposing a morality completely alien to many Africans."
— David Paton, Chair of Industrial Economics, Nottingham University Business School, United Kingdom

"A tour de force examination of the ideological colonization being waged on Africa, written by someone who knows the continent and the issues intimately."
— Edward Pentin, Rome Correspondent, National Catholic Register

"Anybody interested in true civilization and world peace should study this book in order to realize what should be urgently done by all people of goodwill globally to arrest this impending calamity."
— Michael C. Asuzu, Professor of Public Health, College of Medicine, University of Ibadan, Nigeria

"Offers compelling insight into the deculturalization of Africa by a liberal elite and exposes the truth behind Western donors' attempts to eradicate Africa's culture of life and family values."
— Senator Jim Walsh, Republic of Ireland