A Breviary of Philosophy 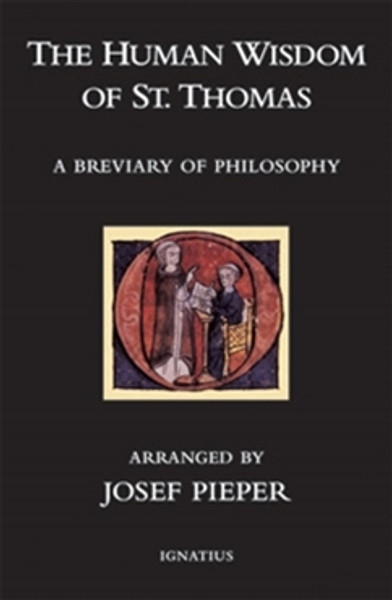 Arranged by Josef PieperJosef Pieper has attached no commentary to the texts brought together in this breviary of the philosophy of St. Thomas, preferring that the reader should encounter them, "on his own". His work has been one of selection, in which he has sought to assemble such passages as will provide an introduction to the form and design of the whole Thomistic system.

Yet he has so ordered his texts as to impress upon the reader a special feature of St. Thomas's thought, what he calls its double aspect: St. Thomas sees the whole scheme of reality ordered and penetrable by reason; yet the mystery of Being itself remains: "The effort of human thought has not been able to track down the essence of a single gnat."

Josef Pieper, one of the most highly regarded Thomistic philosophers of the twentieth century, wrote numerous philosophical works including Leisure: The Basis of Culture, Guide to Thomas Aquinas, Only the Lover Sings and many more.

For Love of Wisdom (Digital)

Abuse of Language, Abuse of Power

For Love of Wisdom

In Defense of Philosophy