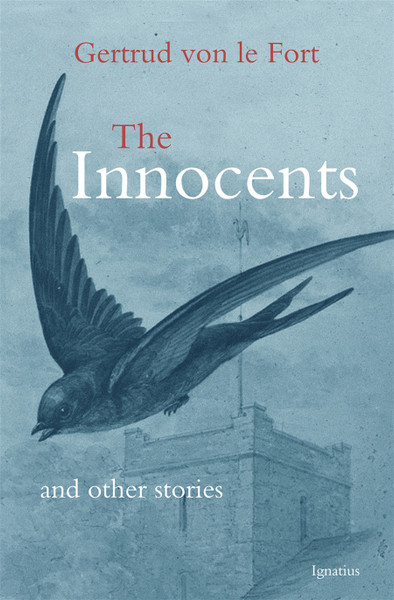 Newly translated into English for the first time, these four novellas from the acclaimed German writer Gertrud von le Fort are from her later works of historical fiction. Ominous and mysterious, these page-turning stories bring to life momentous chapters in from the past.

The Innocents, set in Germany after the Second World War, is a poignant family drama about the horrors of war, the suffering of the innocent, and the demands of justice.

The Ostracized Woman traces the fate of a Prussian family at the end of World War II to the heroic deed of an ancestor done centuries before.

The Tower of Constancy leads the reader into the heart of the infamous French prison of the same name while exploring the role of conscience in the religious and philosophical conflicts of the eighteenth-century.

“All of these stories are arresting and evocative.”— Sally Read, Poet and Author, Night's Bright Darkenss: A Modern Conversion Story

“Very rarely does a writer reveal depths of understanding of the human heart in both fiction and non-fiction. Gertrud von le Fort does.”—, Professor of Philosophy, Boston College; Author, Doors in the Walls of the World

“Gertrud von le Fort has written short stories that will stay with you and delight you, even as they invite you to think more deeply about life and death.”— Sarah Reinhard, Author, Writer, Reviewer, SnoringScholar.com

“ Von le Fort's work is shot through with compassion and understanding of the interior battles faced by individuals seeking redemption and peace as their worlds collapse around them. This is an excellent collection of stories by a writer who deserves a new and wide readership.”— Fiorella De Maria, Author, A Most Dangerous Innocence: A Novel

“ In these four stories, von le Fort battles against comfortable pieties and prejudices, challenging readers to grapple even with God on behalf of the outcast, teh refugee, and the murdered civilian.”— Dorothy Cummings McLean, Author, Ceremony of Innocence: A Novel

The Story of the Nativity