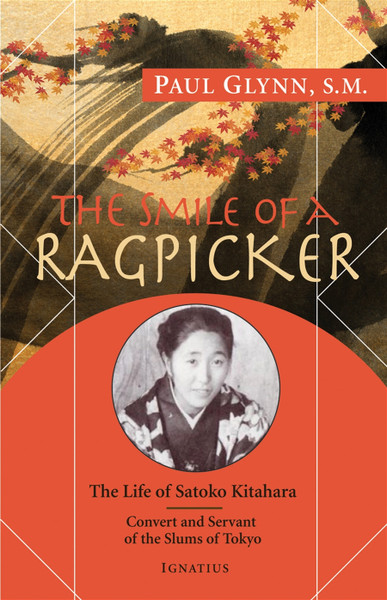 Following his acclaimed work, A Song for Nagasaki, in which Fr. Paul Glynn told the powerful story of Dr. Nagai, a Christian convert of remarkable courage and compassion who ministered to victims of the atomic bomb attack on his city, The Smile of a Ragpicker brings us the heroic story of Satoko Kitahara, a young, beautiful woman of wealth who gave up her riches and comfort to be among the ragpickers in the Tokyo slums. Motivated by her newfound faith in Christ, she plunged into the life of the poor, regardless of the consequences.

As Satoko helped the poor with their material and spiritual needs, she also helped them to recover their self-respect and dignity. Satokoಙs story demonstrates how one personಙs life can affect so many others.

Every day Satoko encountered Christ in some new and challenging way, calling the Church back to identification with the poor. Like Dr. Nagai, she expressed her faith through the sensitivity and beauty of her own Japanese culture. Satoko died a young woman, in dire poverty. Yet her death, mourned by many thousands, reflected her triumphant life of deep Christian faith and charity.

This is a powerful story of reconciliation and healing, between people of different social, economic and religious backgrounds, inspired by a frail young woman of luminous faith. Illustrated with photos.

Fr. Paul Glynn is a Marist priest who served as a missionary in Japan for twenty-five years. He has written five other books including A Song for Nagasaki and Healing Fire of Christ.

Praise for The Smile of the Ragpicker:

"Satoko had deep faith in Godಙs providence and a strong love for Mary Immaculate. Living a truly Christ-like life, she brought many Japanese to know Jesus Christ and to embrace the Catholic faith. This is a powerful story of a contemporary, sophisticated Japanese girl who, like a female St. Francis, spent her life caring for the poor and homeless in Tokyo."
- Fr. Ken Baker, S.J., Author, Inside the Bible

"I particularly like the Japaneseso much so that I married one! My wife, a convert to the faith, is heir to a glorious Catholic history in Japan. Fr. Glynn gives us another modern story of Japanese Catholic heroism. Satoko was a young woman who gave up a life of wealth to minister to the 'ragpickers' in Tokyoಙs post-war slums. She brought hope to the hopeless and showed the love of Christ to people who had not heard of him."
- Karl Keating, Author, Catholicism & Fundamentalism