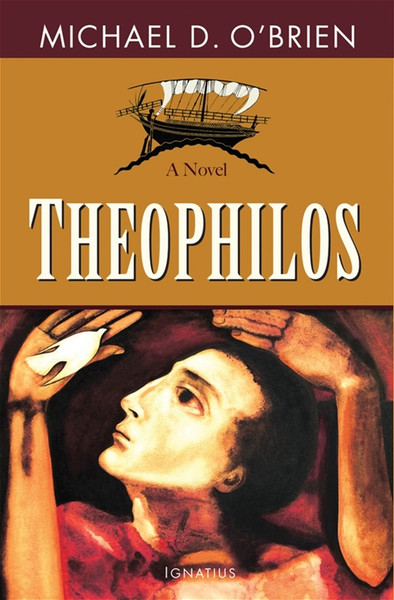 St. Luke addressed his Gospel and the Acts of the Apostles to a man named Theophilos.

Who was Theophilos? Scripture scholars do not know, making him a fit subject for Michael OಙBrienಙs vivid imagination. In this fictional narrative, Theophilos is the skeptical but beloved adoptive father of St. Luke. Challenged by the startling account of the ಜChristosಝ received in the chronicle from his beloved son Luke and concerned for the newly zealous young manಙs fate, Theophilos, a Greek physician and an agnostic, embarks on a search for Luke to bring him home. He is gravely concerned about the deadly illusions Luke has succumbed to regarding the incredible stories surrounding Jesus of Nazareth, a man of contradictions who has caused so much controversy throughout the Roman Empire.

Thus begins a long journey that will take Theophilos deep into the war between nations and empires, truth and myth, good and evil, and into unexpected dimensions of his very self. His quest takes the reader into four ancient civilizations - the Greek, Roman, Jewish, and that of Christianity at its birth, where he meets those who knew this man that some believe is the Messiah.

Though Theophilos is a man of the past ages, he is as familiar to us as the men of our own times. Schooled in the empiricism of both medicine and philosophy, Theophilos is well suited to speak to our age in which seeing cannot be the basis for faith, but rather hearing the witness of those who have been touched by God and opening ourselves to the possibility of an encounter with the living Christ. This is a story about the mysterious interaction of faith and reason, the psychology of perception, and the power of love over death.

“An arresting work. Totally credible both historically and psychologically. There’s not a single false note in this music. Do you want to get into a time machine and actually live in the first century world? Then read this book!”
— Peter Kreeft Professor of Philosophy Boston College

“O'Brien again takes up the theme of the truth of revelation before an unbelieving generation. This novel searches the soul of our time through the eyes of St. Luke and Theophilos and those they encountered, including the Lord Himself. O’Brien brings to life the wonder that filled the soul of Luke.”
— James V. Schall, SJ, Professor of Political Philosophy, Georgetown University

"All of Michael O'Brien's novels are in a sense 'historical,' even those often regarded as 'prophetic.' Theophilos, set long ago in the first century and meticulously researched, is finely textured, lush and convincing in its depiction of the rich embroglio of Mediterranean culture in the time of the apostles. The epistolary prose is hauntingly provocative, often lyrical, compelling in its characterization of the events reported in Luke and Acts as they might be considered from a learned gentile's point of view. This is a beautiful book."
— David Lyle Jeffrey, Distinguished Professor of Literature and the Humanities, Baylor University